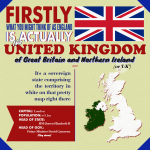 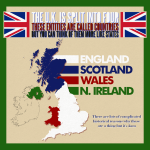 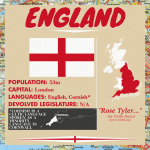 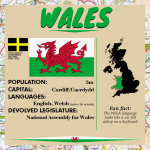 Since moving to America I’ve found that apparently very few Americans know all this. So I spent six hours designing a fancy photoset to explain it all. Naturally.

Given the debt we owe the British Isles linguistically, culturally, and politically, it seems really odd that people don’t know this stuff or at least don’t Google it.

I do Google this. Frequently. It’s the Great Britain/United Kingdom thing that messes me up, especially after all the “Team GB” stuff during the Olympics.

Additional thought: When I was in London, my Irish friend told me there’s no such thing as a “British accent.” English accent, Scottish accent, Welsh and Irish — yes. But a British accent would refer to all of them.

Very helpful! my kids were just asking about this England/UK/Great Britain thing!!